Rhododendrons, a carrier of both diseases, are likely to be removed in woodland to combat the problem.

The flowering shrubs, popular as an ornamental species in many gardens, also grow wild in wooded areas and an area of the New Forest has already been cordoned off to allow rhododendrons to be cut down and burned.

Phytophthora kernoviae, first found in the south-west of England in 2003, reached Scotland five years later. It attacks and kills many trees and shrubs, including the oak and beech trees which make up so much of Britain's woodlands. 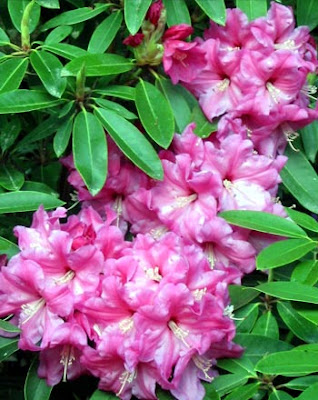 (The evil Rhododendron, coming to a woodland near you soon)